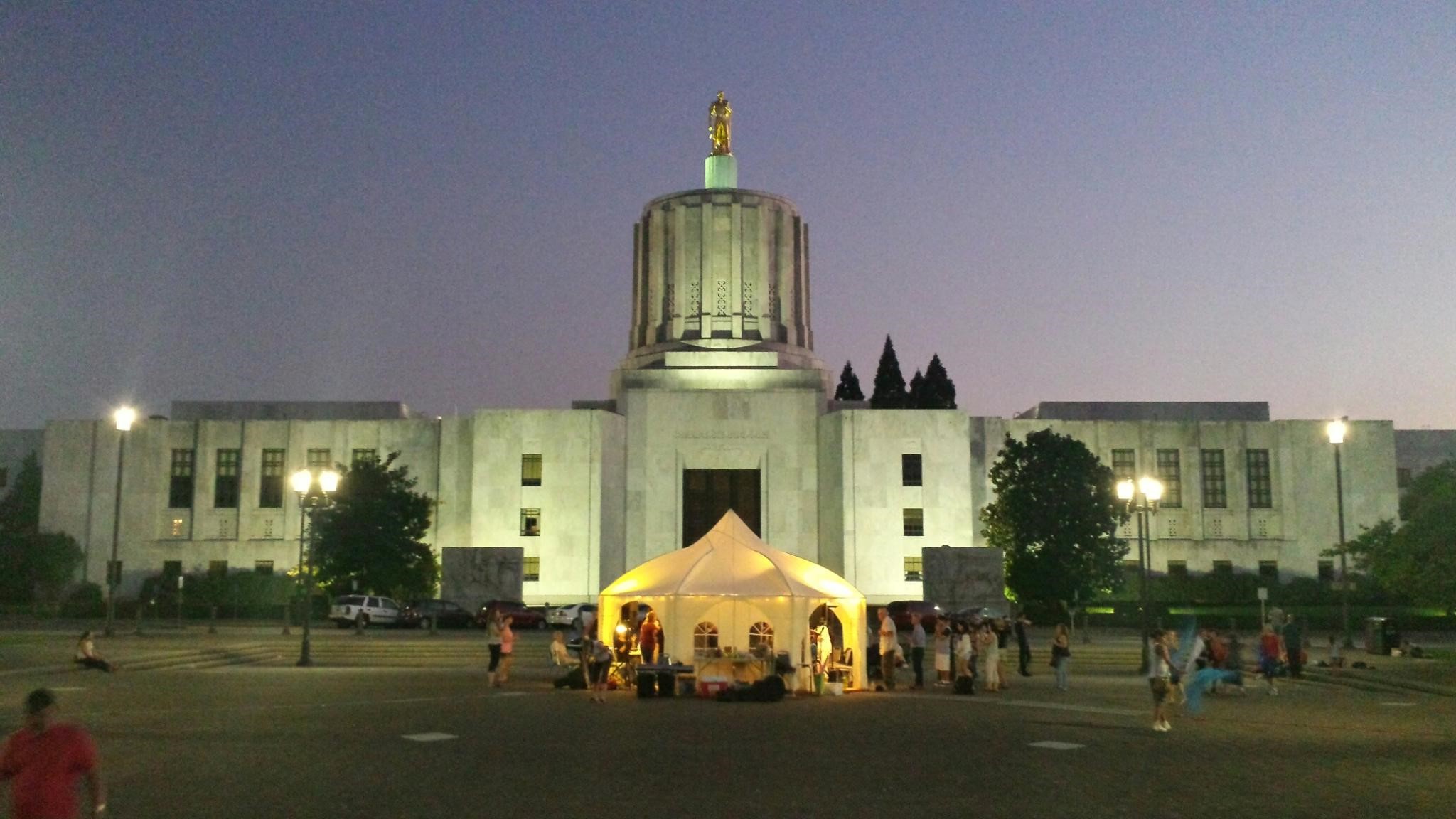 SALEM- Worship teams from around Oregon are invited to apply to
participate at the 6th annual David’s Tent on the capitol mall July 10-18.
Eight days of non-stop praise and worship will emanate just steps away
from the capitol building, and organizers sense growing interest and participation
again this year.

“It’s an opportunity to bring people together from all across the state to
give God the glory that He is due” says Peter Carlson, of the Pray Oregon and
Salem House of Prayer leadership teams. “It is 24/7 worship and prayer time.
Worship teams will sign up for a 2-hour time sets, and rotate every 2 hours.”
Worship will exude from inside a 20×30 tent where chairs are set up for the
public. A separate “ministry” tent will be open during the day and again be
situated nearby for people requesting prayer.

In the past five years, about 100 Oregon cities have been represented at
David’s Tent. This number is growing, says Jim Moore, Founder/Director of the
Salem House of Prayer.

“Our goal is to have representations from every city in the state,” says
Moore. “The idea of David’s Tent is to call people to the capitol. We’re calling the
body of Christ to once a year come together.” We’re saying, ‘let’s come together
to the state capitol as one body before the Lord.’”

David’s Tent is a grassroots movement of day and night prayer and worship.
In existence since 2012, Christians have “been worshipping Jesus 24 hours a day
on the National Mall in Washington, DC since 2015,” according to its website. It
says it is “the longest running outdoor worship event in U.S. History,” where
thousands of worship teams have participated.

On Oregon’s capitol mall for a week each summer since 2015, David’s Tent
is overseen by The Salem House of Prayer and Pray Oregon. Other organizations
support it as well.

“There are so many things that separate us,” says Moore. “We want to
make a conscious effort to lay aside all of our agendas and just come before Him.”
He likens the gathering in one aspect to the way state legislators come to Salem.
“The state legislators who come to the capitol spend the majority of
their time in their home cities, working for the good and welfare of their cities
and regions,” says Moore. “But, they also see the value of coming together in
one place legislating corporately for the entire state once a year. We see
ourselves somewhat like this. Let’s come together once a year, lay aside our
individual agendas, and pray to Jesus and sing together, appealing to the King of
Kings.”

“We are not a political gathering. We’re a prayer meeting. It’s a Christ-
centered movement for sure,” Moore says. Individual denominations or

ministries are not emphasized. “We avoid that because we don’t want to be a
promotional thing for anyone. It’s for all of us to come together as one. Our
attitude is that we just want to promote Jesus. Most people really get this. They
like this concept.”

“We’re expecting to see that God is on the move. I’m expecting God to
break into our state. To do something powerful that perhaps we’ve never seen
before.“

Worship teams wanting to be part of this year’s David’s Tent are urged to
find out more by going online to www.davidstentoregon.org