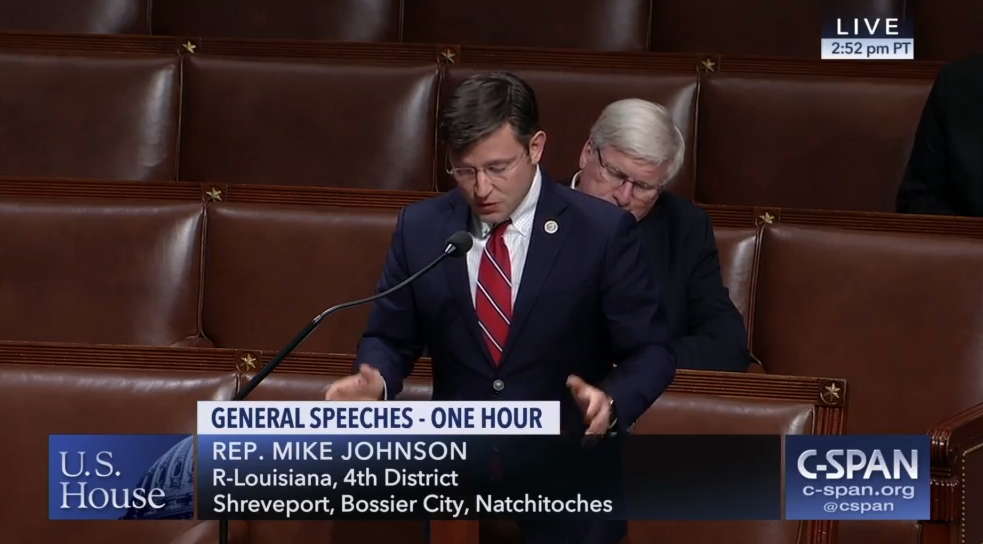 Watch Congressman Mike Johnson boldly dispel misconceptions about the use of the Bible in public school classrooms: