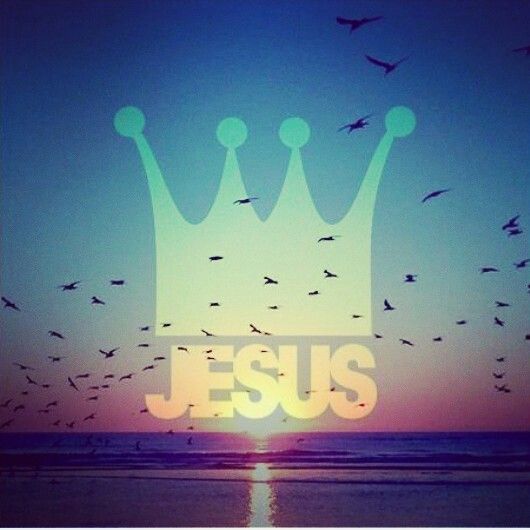 “And they rest not day and night, saying, Holy, holy, holy, Lord God Almighty, which was, and is, and is to come” (Revelation 4:8b)

“I have set watchmen on your walls, O Jerusalem; they shall never hold their peace day or night. You who make mention of the LORD, do not keep silent, and give Him no rest till He establishes and till He makes Jerusalem a praise in the earth.” (Isaiah 62:6-7)

For many people, the thought of actual prayer going on 24 hours a day, 365 days a year, year after year, is a fantasy. Sure its going on in heaven right now, but as far as here on earth goes—it’s really a great idea but not realistic or perhaps even necessary. Many could take it or leave it. If it happens that’s great, but if not that’s ok too. After all, God’s got to be the One that makes it happen anyway…right?  Of course. There’s nothing we can do without Gods help. But it’s really not entirely up to God is it? It is also up to us. Yes it has to be His will but as in most things, it’s not only about His will—it’s also about our will. There are many things that are God’s expressed will that do not get done. People must be willing to say yes to His will. Once God declares that something actually is His will, then His part is basically over…at least initially. His part is then to wait for us to decide if it becomes our will.

God did not establish 24-hour prayer in David’s ancient kingdom long ago, and in many successive kingdoms in Israel after that (at least 7), simply because it was a cool idea. He did it because it would be a blessing not only to Israel, and radically change the spiritual climate of their nation, but also because in the future we would need such a weapon of the spirit to change our spiritual climate. This continual prayer paradigm was given as an example for us. As the scripture declares:

“These things were done for examples to us, upon whom the ends of the world are come.” (1 Corinthians 10:11).  Neither did God go through the trouble of provoking the spirits of men and women to engage in unceasing 24-hour prayer because, as some might say; “If it happens it will make a difference, but if not it really wont matter that much.” He provoked them to pray without ceasing because it matters a great deal.

God desires heaven on earth. More than we do. It was His idea before it was ours. He is the initiator of the prayer request: “On earth as it is in Heaven!” (Matthew 6:10 ). The difference is, He really means it and He knows what it takes to have it. And when the Prayer Room of Heaven becomes synonymous with the prayer room on Earth, then Heaven will invade Earth to a degree that has yet to be imagined. And when there is unceasing adoration on earth, things will begin to be on earth as they are in heaven.   God established night and day prayer long ago, and it has sprung up on the earth from time to time throughout the centuries. It is good for us to remember that God never does something so dramatic simply for our entertainment. And night and day prayer is truly dramatic. It is not mostly for our enjoyment—so we will have a cool place to go and pray in an increased atmosphere of heaven. That’s wonderful, but continual prayer has a higher purpose.

Unceasing prayer around the Throne is first for Him because He deserves it. Eternal adoration for the eternal God. It is secondly for the Harvest of lost souls that His mind is continually upon. Then thirdly, and lastly, it is for us His people to enjoy and benefit from. We must remember that we Christians are not the primary need upon the earth. We are referred to by Jesus as those who are “well” and therefore “have no need of a physician.” (Matt 9:12-13). The greater need is for us who are not sick to join Him in His work of saving those who are sick, the ones He calls His lost sheep.   ”When Jesus heard that, He said to them, ‘Those who are well have no need of a physician, but those who are sick. But go and learn what this means: ‘I desire mercy and not sacrifice.’ For I did not come to call the righteous, but sinners, to repentance.’” (Matthew 9:12-13)  ”For the Son of Man has come to seek and to save that which was lost.” (Luke 19:10)

So historically, and currently, why has God raised up night and day prayer? He has done something so radical to show that this was something that was necessary for the ultimate fulfillment of His plan:  ”For from the rising of the sun, even to its going down, My name shall be great among the Gentiles; In every place incense shall be offered to My name, and a pure offering; For My name shall be great among the nations, says the Lord of Hosts.” (Micah 1:11 NKJV)

“And He spoke a parable unto them to this end, that men ought always to pray, and not to faint…and shall not God avenge His own elect, which cry day and night unto Him, though He bear long with them? I tell you that He will avenge them speedily. Nevertheless when the Son of man comes, will He find faith on the earth? (Luke 18: 1,7,8 NKJV)

The Prayer Movement and the Missions Movement are uniquely joined together. Jesus specifically said: “The Harvest is great but the laborers are few, therefore pray…” God the Son expressly declared His will concerning the end time Harvest. It is Pray-ers that release Harvest-ers. It’s just that simple. The question remains, will we do it? Will we go for it?

“Then He [Jesus] said to His disciples, “The HARVEST truly is plentiful, but the laborers are few. Therefore PRAY the Lord of the harvest to send out laborers into His harvest.” (Matthew 9:37)

The Timeless Wisdom Of God

Who knows the mind and wisdom of the Lord? If it were up to this author, I would have said it differently. Knowing that, “The harvest is great but the laborers are few,” I would have probably finished the statement with something like: “Therefore, make sure you train up laborers from an early age so you will always have laborers for the harvest” or something like that. Of course, training is a REALLY good idea—and necessary, but the Leadership of Jesus is different than ours. He divinely connected prayer to the harvest as His first priority.

It is as if He was saying, “There’s too much to be done and there’s no way you can do it without Me. You can’t send laborers into the harvest, only I can do that. So you need to pray and ask Me to ‘Thrust them out’ into the fields. So His solution to a lack of harvesters was to pray to the Lord of the Harvest that He will send laborers into His harvest. That’s His leadership. And it’s perfect.  His leadership was to choose Prayer to pave the way for Harvest. The book of Acts chapter 2 tells us of a global outpouring of the Holy Spirit that leads to a global Harvest of souls. What it does not specifically describe is a global outpouring of prayer that precedes a global outpouring of the Holy Spirit.

Global Prayer (that leads to):
“And He [Jesus] taught, saying unto them, ‘Is it not written, My house shall be called of all nations the house of prayer? but you have made it a den of thieves.’” (Mark 11:17)

Global Outpouring (that leads to):
“But this is that which was spoken by the prophet Joel; And it shall come to pass in the last days, saith God, I will pour out of my Spirit upon all flesh”

Global Salvation:
“And it shall come to pass, that whosoever shall call on the name of the Lord shall be saved.” (Acts 2:16-17a)

This is how it always works. Prayer births and sustains. Whenever God decides to do something on the earth, He seeks to raise the level of intercession to a place where it will birth and sustain what He wants to do. Global Intercession that leads to Global Outpouring that leads to Global Harvest. This is His perfect plan.   Unceasing, Night and Day, 24/7 prayer in our cities is a doable thing. Some say that it’s just too hard. But it’s not too hard. It would be too hard for just a few people to try to do. But if each person does what the Lord tells them personally to do, so that each person can say with authenticity: “I am doing my part,” then the principal kicks in: “His yoke is easy and His burden is light” (Matthew 11:30). He is not asking a few people to do some-thing really hard. He’s asking a lot of people to do something that’s really easy.

Just do what you are able to do. Sign up. Make a commitment. Then be faithful. Even if no one else around you is. If a fraction of the body of Christ does this, and many will, then we will have a reality of unceasing prayer and worship established in cities all across the Earth. Already there are many places that are moving towards this powerful paradigm. Conservatively speaking, we know of at least 10,000 thousand places that are moving toward 24/7 prayer and worship. Some say as many as 20,000. God is moving across the earth increasing global prayer.   Of course it’s not without sacrifice, but it’s not “un-doable” either. Only if we believe it is. Take a moment to ask yourself three simple questions:

Do you really believe that united night and day 24/7 prayer will change our cities?

Do you really believe it enough to commit to act upon that belief?

What will you now do to begin moving towards saying yes? 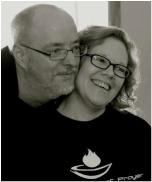