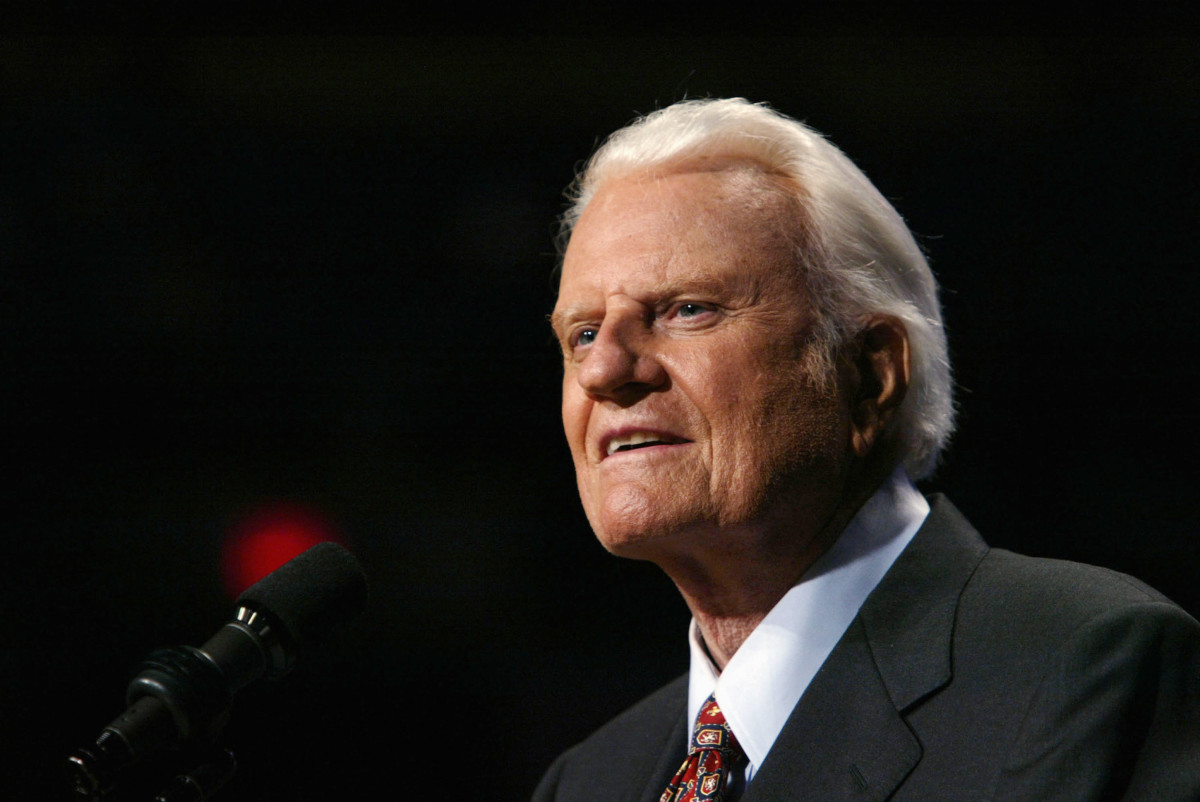 As I learned of the passing of Billy Graham, I realized this truly represents the passing of an era. No doubt many people will write about this godly man and his great accomplishments, so I will not seek to add to that. Instead, I will testify concerning an encounter I had a number of years ago concerning him, that I have shared in various settings around the world.

Suffice it to say that Billy Graham was a one-of-a-kind man. No one knows for sure why God chose to give such an incredible gift of love and ministry on his life, but I imagine Billy would say simply: “It was the grace of God” or something similar, as all great men and women of God are prone to do. Billy’s accomplishments did rival many of the contemporary and even historic greats of Christendom, and could be accurately compared to Saints of old like Abraham, David, Peter or Paul.

Years ago I had an encounter with the Lord in a dream. In it I was viewing the passing of Billy Graham. I was standing in the back of the room as an invisible guest, watching as Billy lay in bed, surrounded by loved ones who were praying and singing, as he was about to go to be with the Lord.

I understood Billy Grahams Mantle to be a combination of both his character, and an anointing to preach the gospel of salvation, that manifested in a dramatic effectiveness in the winning of a multitude of Souls.

Then as Billy Graham took his last breath I saw, not his spirit, but what I understood to be his “Mantle” rise above him. I don’t know what you may believe about this, and at the time of the encounter, I wasn’t sure what I believed about peoples Mantles being transferable, but I know what I saw and I have since come to believe that God can, at His choosing, pass one persons Mantle onto another as He did in the case of Elijah to Elisha (2 Kings 2:13).

As I pondered the Mantle and why I was seeing it lift off of him, suddenly it exploded into what I understood to be about a thousand pieces. I wasn’t sure why the number 1000 was important, but after my experience, I began to read other prophetic words from trusted prophetic voices that also testified many people in the last days would receive mantels placed upon them.

These words also stated that as we draw towards the end of one age and into the beginning of another, there would be as many 1000 “David’s” on the earth, or those with the Mantle of Paul, or John the Baptist, or Elijah, and so on. When I read those words, I understood them to be a confirmation of the dream I received.

After the Mantle split into approximately 1000 pieces, they all suddenly shot like missiles and embedded themselves into certain people all over the earth. I understood this to mean that each one of these various people was now receiving a piece of the mantle that Billy Graham carried, but not in a diminished way. There was a multiplication effect going on, so that each piece of the Mantle carried with it the full weight of the whole Mantle.

Revival And The Harvest

I’ve waited for many years to see this dream come to pass. I believe the “Passing of the Mantle” event is happening right now and will continue over the next few months. As a result, we will begin to see fruit in the form of a new harvest souls being won to the Lord, which will in turn bring an increase of the Presence of the Lord all over the earth. In short, revival is coming.

At the beginning of the year, the Lord encountered me while I was in the hospital. He said that 2018 would be “The Year of Souls” and that harvest would increase over the next few years. I believe this event, the passing of Billy Graham and the distribution of his Mantle, is the initial beginning of a new wave of effective evangelism.  I so encourage you to pray and ask the Lord what role you might be able to play in this next great harvest of Kingdom Children. He desires all believers to find their place of participating with Him in this wonderful experience.

Perhaps you might even be one of those people, who receive a piece of Billy Graham’s Mantle shot like a love-missle straight into your heart.