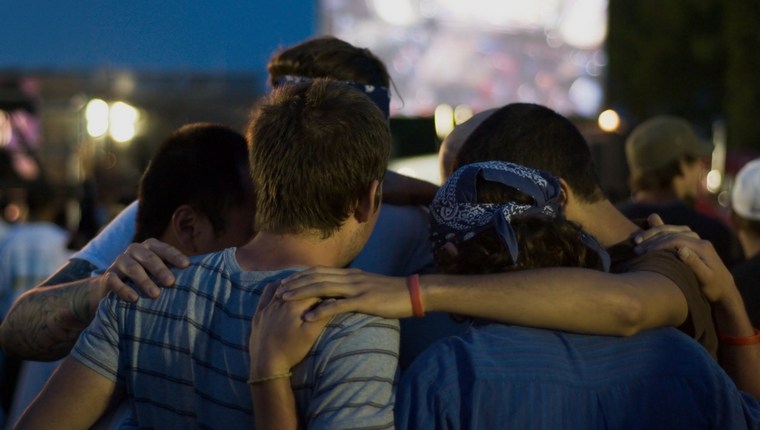 The day began with strong anticipation, built in participation, and ended with an outpouring of praise. The video prayer call was so good that people lingered on the line not wanting to leave for an extra quarter hour at the end of the evening. Of course, we are referring to the Collegiate Day of Prayer here in Oregon on Feb. 22nd as we joined our hearts together 6-9am, an hour at noon, and 6-9pm (9:15pm).

The Lord brought from 2 to 12 people on the call at any one time with 27 different participants investing almost 40 man hours of praise and thanks to the Lord, as well as intercession for our colleges. We covered the private and public, for profit and non-profit, main campus and branch campuses, and even the Oregon branch of colleges with their main campus in other states for the 75 college sites in Oregon.

Was it successful and worthwhile? We believe so, and to some degree that remains to be seen. The CDoP website has a great write up of what makes up a successful prayer movement: Agreement (we give it a 10 out of 10), Allies, i.e. cross section of believers (we give it about a 5 – see below), and Answers (this is the one that is too soon to tell, and partially depends on continuing to fill the prayer bowls in heaven).

Agreement: Because of the relationships that we have developed in Pray Oregon, there was a wonderful sense of fellowship and agreement throughout the calls. It was a blessing to see each other’s faces for those on the video and recognize voices of those we had previously connected with. Nearly everyone prayed out, and there were plenty of “Amen” and similar expressions of agreement after people prayed. It seemed that we had much more to pray about than time to pray, and that we were in alignment with the Lord’s heart.

Allies: We had participation from 8 of the 9 regions, so geographically, we had local people praying for “their” colleges. However, we only had two people join in who weren’t Pray Oregon Connectors. This leaves us plenty of room to grow by way of involving students, faculty, administrators, and campus ministers, not to mention other praying friends. Of course, we weren’t the only ones praying for our colleges, but it would strengthen what we are doing to have these allies. Most of us on the calls were baby boomers and older. It would be great to have the younger generations strongly represented as well as more ethnic participation. 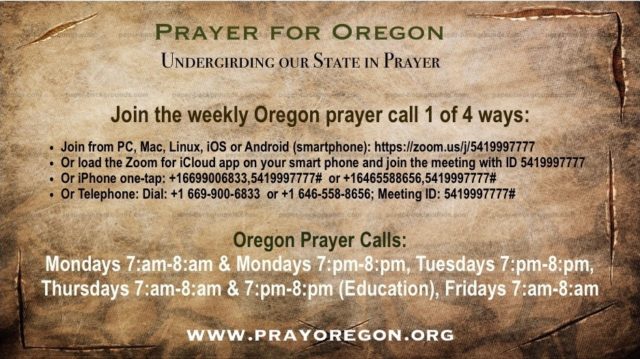