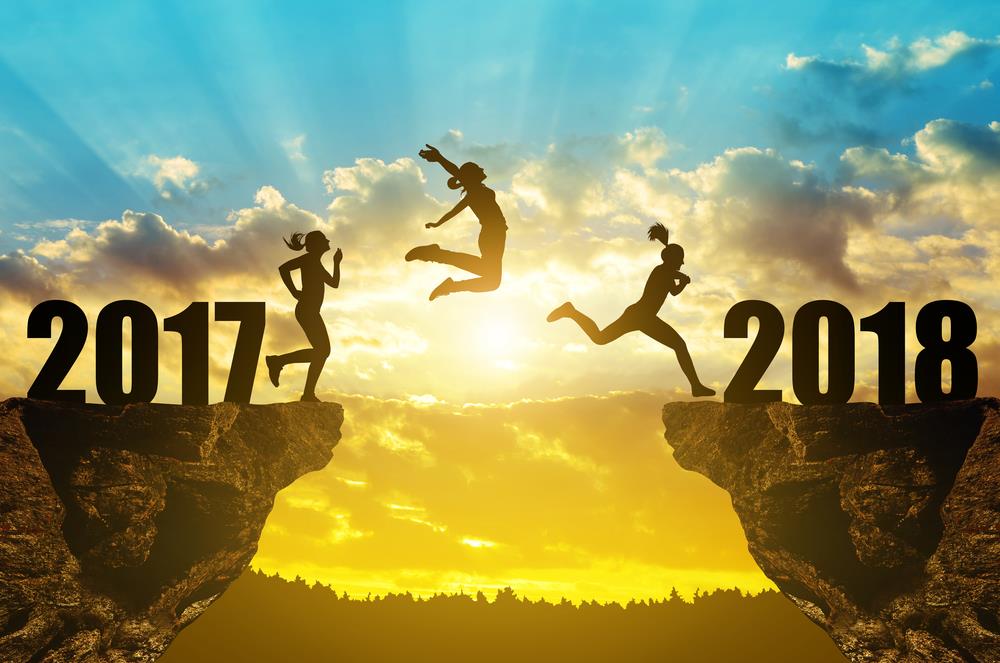 What an eventful and watchful year 2017 has been. It began with the swearing in of our 45th president, and a regime change which has caused a shift of unprecedented proportions.  We’ve witnessed an ongoing worldwide refugee crisis, the total solar eclipse, devastating wildfires, earthquakes, volcano’s, floods, hurricanes, snipers, crowd massacre’s, attacks, wars and rumors of wars, and the list goes on.  I don’t know about you, but this brings great anticipation of what the next several months will reveal to those with eyes to see and ears to hear. We are truly living in apocalyptic times. It seems that the book of Revelation is unfolding before our very eyes! Yet at the same time, we also see that His great hope is on the rise. God’s Ekklesia – His people – are rising up with passionate worship, prayer and unity in in His Spirit. 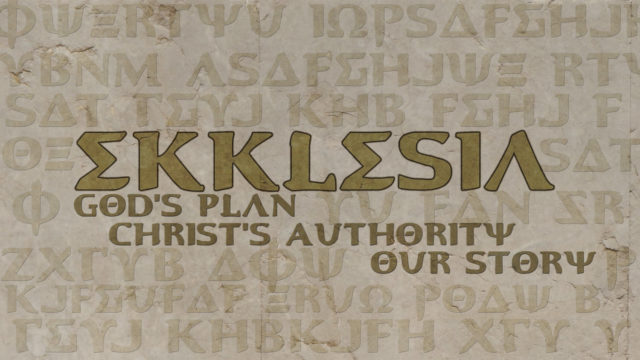 In 2017 we’ve tasted and seen that the LORD is good and that He is reigning supreme. If this doesn’t spark hope in you, maybe a “hope” reset is in order.

Lets review.  Have these types of events happened in history before?

Rabbi and historian Ken Spiro explain, “Why yes, there are many similar recorded events, including key times in history. In the OT, the Bible records that one of the 10 plagues over Egypt before the exodus of the Israelite’s was three days of darkness (Exodus 10:21-29). The Jewish sources describe it not just as darkness, but a darkness that was so thick it’s like, people couldn’t move in it or the Egyptians couldn’t move in it. So that’s an example of God suspending the laws of nature.”

“The Bible also tells us three hours of darkness fell at Jesus’ crucifixion (Matthew 27:45)”, Spiro continues, “Whatever the darkness was it wasn’t an eclipse and we have no explanation of what it was or even what it meant, but it certainly would have invoked in the people who were there a profound sense of something monumental happening, which indeed it was.”

God definitely made points with signs in the sky throughout the Bible. But the number of events that have been singularly spread over centuries, are coming at breakneck speed, often times weekly we are hearing of a devastating event in the world.  Both Michael Mott, who serves as assistant pastor with Jerusalem’s King of Kings congregation in Israel, and Rabbi Spiro say that “yes” these events are increasing and God is using them!

“He uses nature all the time in different ways to communicate with us.” says, Mott. “In Romans chapter one, we are shown that God has ordered the world in such a way that the hearts of man can know that God exists just by the way nature works all the time. So does He use nature to talk to His people? He does.”

Spiro said, “It’s a fundamental belief in Judaism that everything that happens in the world is for a meaning and there’s a message hidden in there somewhere, even in astronomical phenomenon. So interpreting the message is, of course, a little more problematic.”

“I think that some of that depends on our own personality – and I’m not downplaying that – but the biggest way God speaks is through His Son. So the writer to the Hebrews draws that out: ‘In former times God spoke in many and various ways through the prophets, but in the last days he’s spoken through His Son.’ And so for us that Jesus is the revelation, Jesus is the Word made flesh; Jesus is the ultimate sign and His death and resurrection, the ultimate sign of that. So we should be looking to Him.”

Spiro says Judaism is looking at actual events today as signs of the End of Days – not so much signs in the sky. He continues, “The rabbis always talk about the coming of the Messiah as a woman giving birth – birth pangs – the basic idea is just as a woman giving birth goes into contractions and as they get closer and closer together, they get more and more intense as you approach the birth.” He continues, “So too, events on the planet earth will get more and more intense and happen much more rapidly, as the end draws near. Certainly I would say we see that things are speeding up very dramatically in the world, the changes that are taking place, the political upheaval, the technological advances, etc. As to whether that is linked to astronomical events which may be coming, we’ll only know when and if that time comes.”  The Book of Joel includes an often-quoted end-time prophecy about the sky.

“The sun shall be turned into darkness and the moon into blood before the great and awesome day of the Lord.” (Joel 2:31) 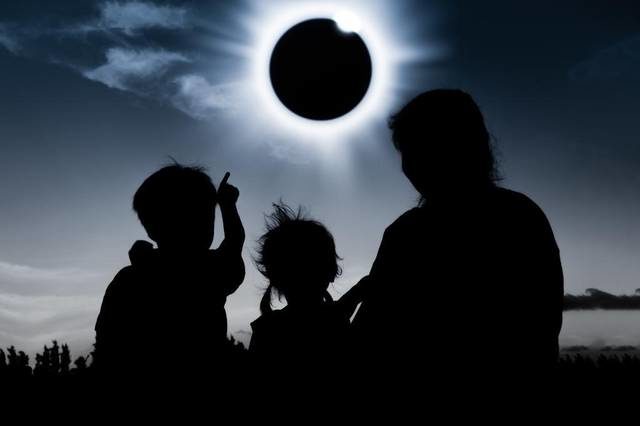 “We get this picture from God’s Word that He will use those kinds of signs in the skies and natural events [not to mention the numerous man-made catastrophic events on the earth] to speak to His people, to speak to the earth,” Rabbi Spiro said. “And how do we know which event is which, because sometimes we want to attach God to every single natural event that takes place, butI think that most of the time God just wants to show that He is moving in nature – not that He’s communicating something specific, to ‘watch out something is getting ready to happen.’”

“Now, that could be interpreted as eclipses by the way,” he added. “You know, the moon turning to blood is called the blood moon actually, which is what happens in a lunar eclipse and, when you have a solar eclipse, the sun disappears and turns to blackness. So there in the prophets it’s talking about signs we see at the end of days. Whether that is what it’s meant to be interpreted as remains a big question. We just don’t know for sure, but there are points that make a strong case.”

“According to Jewish teaching, the Messiah will come before the year 6,000 on the Hebrew calendar. We’re currently at 5778. If each day is like a thousand years”, Spiro says “we’re about at late Friday afternoon, meaning we’re getting very close.”

“We could be hitting that end of days’ scenario,” he said. “Certainly time is definitely running out, and as we see by looking at what’s going on in the world, in a positive and a negative way – I mean the rebirth of the State of Israel, the reunification of Jerusalem. We just celebrated the 50th anniversary of that. I mean that’s unbelievable, that’s prophecy coming true before our eyes: the nations of the world lining up against Israel, largely what you see going on in UNESCO, the United Nations, is clearly a sign.”

As you likely have already heard, President Trump is announcing USA recognition of Jerusalem as the capital of Israel this week.  By the time you read this, he may have already done so.   The move is, at the very least, highly strategic if not techtonic in its impact, and prophetically important.  So, other than looking through protective glasses, how do these leaders recommend we view the eclipse?

“We’re only a few headlines away from direct convergence of that biblical end of days scenario with the headlines in the news today and that to me – and I think to most Jews – is far more impactful and serious in terms of waking people up in their expectations of like the redemption than celestial signs happening up above in the heavens,” the rabbi said.

“We need to prepare our hearts and continue to ask God to show us, is this You?” Mott challenges us to ask God, “Is this You who is speaking to Your people? Are you speaking to the earth? And I believe that He’ll tell more than just one person that, “Yes, it is I. I AM speaking to the whole earth.”

This year Yom Kippur fell on Friday, September 29, and to elaborate on the significance of Trump being in office at this unique time in history, it is also interesting to note some dates and numbers on the calendar.”

Speaking of signs, even stranger, over the past decade there have been cows born with the number 7 on their foreheads and Red Heifers have been found without blemish. They are being discovered worldwide!

We just need to be cautious, circumspect and fix our eyes on Jesus, hold firmly to scripture and keep proclaiming the mystery and the profound victory of the life, death and resurrection of Jesus the Messiah. Jesus is The Transformer of the human heart and any life that has been touched by Him!

You can read a story on the Red Heifer: https://www.breakingisraelnews.com/83434/red-heifer-found-west-virginia/#/ 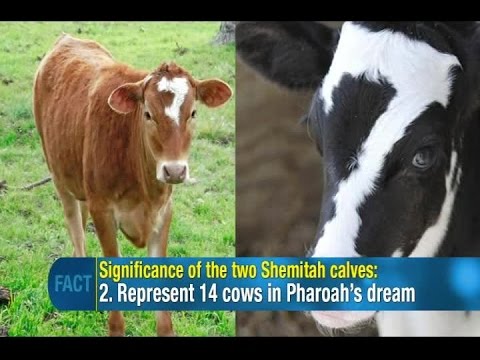 You can watch video of Jonathan Cahn’s thoughts on the #7 cows here: https://www.youtube.com/watch?v=Mv3bpaca8sQ

While His plan is in full swing we can know with certainty that His timing is absolutely perfect.  He is stirring in the hearts of His intercessors and His Holy Spirit is being poured out across our world. His true spiritual authority in us will be strengthened to the degree that we choose to believe Him, step out in faith and strengthen ourselves in the Lord.

Looking forward – with great faith – to His Word revealed to us in an even greater degree.  What He has begun, He will finish with perfection!  Look! There is a new day dawning.

Have a prayerful and blessed season of joy and confidence as you celebrate Jesus,

[my comments within a quote are in italics]