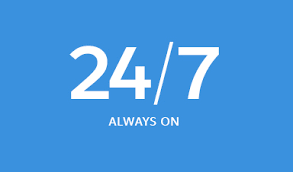 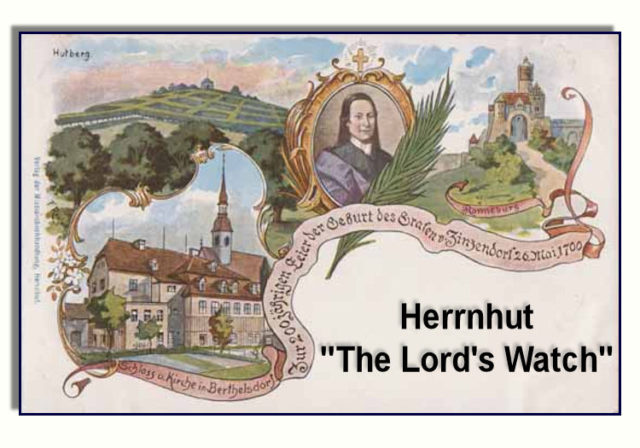 August 11-18, 2017, Peter Carlton, co-founder for Pray Oregon, and his wife LaCheri attended an international prayer gathering in Herrnhut, Germany.  Carlson deeply moved by the experience says, “This quiet town of less than 7,000 people is where the Moravians settled to avoid persecution.”   You can read more about the actual historical development of the Moravian movement here:   The Prayer Meeting That Lasted 100 Years

It is important to realize the hand of God moving through the 300 year transitional period leading up to this great awakening, through the progression of the “written” Gospel.  First, we first we can see answered prayer and seed planting through the first translation of God’s Word into English by John Wycliffe.

Life—physically, socially, financially, spiritually—looked pretty bleak in fourteenth-century England, and into this climate entered the ‘morningstar of the Reformation,’ a man named John Wycliffe.  Wycliffe earned his doctorate in theology when he was in his 40s in 1372. Even though he was a Roman Catholic priest, he did not hesitate to speak out against the excesses of the Church. Wycliffe did not consider the clergy to have any special rights—even though he belonged to their class. And his views were grounded in Scripture. Once the laity were able to read and understand God’s Word through the Holy Spirit, change began to happen!

Next, Jan Hus, born 1369, a seminal figure in the Bohemian Reformation and a key predecessor to protestantism, was influenced by the writings of John Wycliffe.  Hus’s ideas had become widely accepted in Bohemia, and there was broad resentment against the Church hierarchy. The attack on Hus by the Pope and Archbishop caused riots in parts of Bohemia. King Wenceslaus and his government took the side of Hus, and the power of his adherents increased from day to day. The churches in Prague where Hus continued to preach were put under a ban. To protect the city, Hus left and went into the countryside, where he continued to preach and write.

Before Hus left Prague, he decided to take a step which gave a new dimension to his endeavors. He no longer put his trust in an indecisive King, a hostile Pope or an ineffective Council. On 18 October 1412 he appealed to Jesus Christ as the supreme judge. By appealing directly to the highest Christian authority, Christ himself, he bypassed the laws and structures of the medieval Church. Sadly he was burned at the stake in 1415, rather than recant what he wrote and taught mainly concerning the Church (De Ecclesia written in 1413) as well as his stand on communion and against indulgences.

The reformation spirit did not die with Hus.  The Moravian Church, or Unitas Fratrum (Unity of Brethren), as it has been officially known since 1457, arose as followers of Hus gathered in the village of Kunvald, about 100 miles east of Prague, in eastern Bohemia, and organized the church. This was 60 years before Martin Luther began his reformation and 100 years before the establishment of the Anglican Church. https://en.wikipedia.org/wiki/Jan_Hus

The Bible translations continued and even though it was a tough century with the 1453 Turk invasion of Byzantium, Greek scholars took their manuscripts and fled into Europe, the printing press was invented in 1454 and in 1492 the spirit of adventure took off in England and the New World was discovered.  Men became risk-takers like never before and these spiritual impulses merged in one particular branch of Christianity that ‘began’ on October 31, 1517, when a young Augustinian monk named Martin Luther challenged the church hierarchy of his day by posting 95 complaints on the door of the Wittenberg Church in German – hence Protestantism was born.

Also, at that same time William Tyndale, born 1494, who was trained in Greek and Hebrew, earned his bachelor’s degree from Oxford in 1512. He wanted to produce a fresh translation of the Bible in the 1520’s, but he came to the realization that it was impossible to do this work in England because the 1408 edict against Bible translation was still in effect. Besides, Tyndale could find no one in England who knew Hebrew. So he traveled to Germany—and there he was introduced to rabbis from whom he learned the language of the Old Testament. While on the Continent, he translated much of the Bible into English. He had a passion for getting the Word of God to lay folks. He wanted the boy behind the plough to know more of the Word of God than the literati of his day. His prayer would come true.

Tyndale completed the New Testament, and also did substantial work on the OT, but he did not complete the task. As far as we know, he translated through 2 Chronicles.  He was kidnapped in 1535 in Antwerp, and burned at the stake the next year for heresy.  It was The Coverdale Bible (1535), the work of Myles Coverdale, Tyndale’s assistant that Henry VIII had already permitted to be printed when Tyndale uttered his dying words. Tyndale’s dying prayer was, “Lord, open the King of England’s eyes!” But Tyndale did not know that just a few months before his death a version of the Bible in English—based largely on his own work—had already been printed in England with King Henry VIII’s blessing. In the sense which Tyndale intended, the King of England’s eyes were already opening when he voiced his dying prayer.

You can watch the “History of Moravian Prayer Movement” HERE

Ludwig von Zinzendorf, a pietist nobleman in Saxony. Some Moravian families fleeing persecution in Bohemia and Moravia found refuge on Zinzendorf’s estate in 1722 and built the community of Herrnhut. The new community became the haven for many more Moravian refugees.

During its first five years of existence, the Herrnhut settlement showed few signs of spiritual power. In fact, by the beginning of 1727 the community of about three hundred people was wracked by dissension and bickering. It was an unlikely site for revival!

Count von Zinzendorf and others agreed to pray and labor for revival. On May 12 revival came. The Christians were aglow with new life and power, dissension vanished, and unbelievers were converted.  August 13, 1727, marked the culmination of a great spiritual renewal for the Moravian Church in Herrnhut. On August 27 of that year twenty-four men and twenty-four women of the Moravian Community covenanted to spend one hour each day in a round-the-clock “prayer watch” that continued nonstop for over a hundred years. In 1732 the first missionaries were sent to the West Indies.

By 1791, 65 years after commencement of that prayer vigil, the small Moravian community had sent 300 missionaries to the ends of the earth.

As 30+ nations gathered in August to “re-dig the well” in Herrnhut, they tapped into this move of God which was powerfully demonstrated through their commitment to prayer in early Moravian history. There were about 150 internationals and 100 local people participating. The summit was sponsored by the Global Watch and IFTP, the International Fellowship of Transformation Partners, led by George Otis, Jr.

Carlson reports that, “while we were there we planted one of our Oregon Scripture stakes on Moravian property. We are prayerful that what we learned there will continue to unfold for Oregon as we to ask the Lord how He would like us to proceed.” Pray Oregon is prayerfully considering how we can help you to be involved.

A Key Message For Oregon

Peter feels that the message on “Ekklesia” by Pastor Greg Simas from Convergence House of Prayer in Fremont, CA, based on Matt. 16:13-19 is timely for Oregon. The key phrase in verse 18 is “and on this rock I will build my church” – the Greek word ekklesia was translated as church throughout the NT according to instructions (#3 out of 15) from King James to the 47 translators of the KJV in order to keep religious ecclesiastical and governmental control over the people.

The word ekklesia that Jesus used was well known and referred to the governmental ruling body of a city or region which met several times per month and decided issues such as property, citizenship, treaties, declarations of war, and so on. For 600 years most of the Church has had the identity of building a religious institution, rather than the identity Jesus gave us of bringing the Kingdom of Heaven to earth in all the spheres of society.

Where Do We Go From Here?

“As this word is being released,” Carlson stated, “it is once again empowering Jesus’ followers to expand our mission from the singular religious sphere, to the 7 “mountains of influence” which are; Government, Education, Religion, Arts & Entertainment, Family, Media and Business.  As we pray for righteousness and justice in government, truth in education, purity in arts, integrity in business, and so on, we will shifts our prayers from merely asking for God to bless the Body of Christ to transforming our culture, we will be set  on a mission of transforming our communities.”

“The Moravians got this understanding and launched the modern missions movement in 1727 supported by night and day prayer. Every week they would read the letters sent home by the hundreds of missionaries they sent out to the ends of the earth. Let us dare to pray similar big prayers and participate in the greatest calling a person could have!  Our purpose for the Global Watch in gathering in Herrnhut was to renew the spiritual focus and fervor of praying for God’s Kingdom advancement in the earth. That is our purpose for Oregon, too!  The Lord has raised up the 4th Watch in over 40 nations. It is vital to combine prayer and missions work as the Moravians did.”