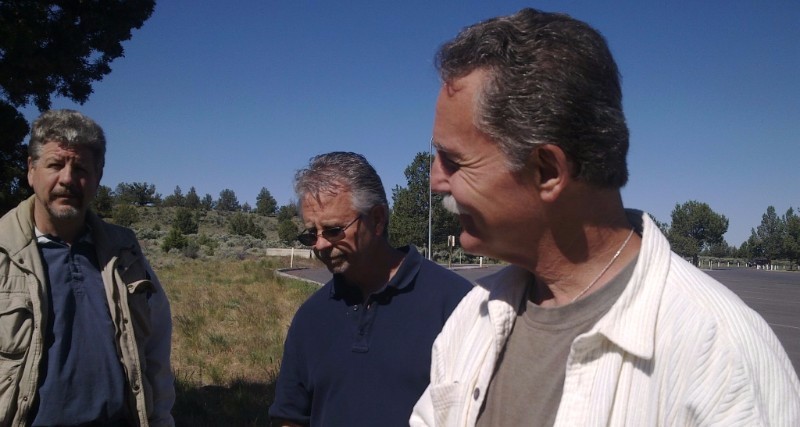 Jim Donahue, Central Oregon Prayer Team (COPT) Redmond, OR, A team of 5 men became committed to early morning prayer at 6:am in the spring of 2008 once a week and grew to about 15 men and women. In 2010 we changed the format of prayer and started in Sept of 2010 to come every morning seven days a week meeting at 4:45am and have been ever since.

The Lord began to commission us with new purposes and prayer strategies not just for Redmond, but for Central Oregon and beyond. He sent us on many 1 to 2-day prayer missions trips taking us throughout Oregon, Washington, Montana, and Idaho.  The teams would include men and women from 4 to 8 on a team.  Our purpose each morning from the beginning has been to always go after the “Father’s Heart”. What would He want us to pray? So from Redmond, Central Oregon, the Pacific NW Oregon Territory, the nation and Internationally, we are His watchmen and watch-women on the wall interceding and worshiping together. often times for hours. This past weekend there were 12 of us engaged for over three hours in various forms of worship with various instruments, worship, and sharing recent dreams, visions, scriptures and prophetic declarations etc.

Our love for the Trinity and for one another being bound together in faithfulness and unity is truly amazing. We know it is through everyone’s brokenness, hunger and commitment for more of Christ can this be accomplished by the power of the Holy Spirit. This new era of intercession we have all entered into in 2017 has and will continue to shift regions, cities and nations as we are all seeing daily in the news. We are all so excited to see daily what the Lord will show us in what He is will next.

In the past year we are also a part of Redmond City Prayer Movement started by a lay couple in a local church with a burden to mobilize intercessory prayer of believers. There has come through this ground swell of prayer greater unity in crossing over denominational lines. We had a wonderful move of worship, prayer and preaching in the city park this past summer and more events coming in 2017. There is a possibility of moving this prayer time the second Tuesday of each month to our city hall building and that will be a first and the city administration is open to it!

Paula Burns, Redmond Community Prayer Group, OR, Redmond Community Prayer gathers together the second Tuesday of each month at Central Christian School, 6-7 pm, to pray for our community, pastors, America, schools, etc.  An advisory board of nine community pastors and laymen meet monthly to plan the prayer gatherings, which include worship and prayer.

The advisory board for Redmond Community Prayer supports the Biblical truth that the Body of Christ ─ consisting of many denominations ─ with one mind and one mouth,  glorify God.  We focus on, and stay true to our following vision statement, “Praying together in unity”, the Body of Christ calling out to God to bring hope, healing, and restoration to our country, our churches and our community.  (2nd Chronicles 7:14)

Kathleen White, Madras House of Prayer, OR represents Jefferson County and the Madras House of Prayer located in Madras Oregon. Like many prayer leaders across the state, Kathleen is employed and ministers in her extra time. Kathleen says, “This year when I retire from teaching, I will be able to act as more of a regional leader for Region 6, as well as continue in the Madras House of Prayer Images Worship and with the Intercession Group. We lift up Christ and each other. We pray for Israel, our Nation, Global, Our County and City (and more), and we are in Unity with other Central Oregon Prayer Groups and Participate in United Prayer events and Community Service.”