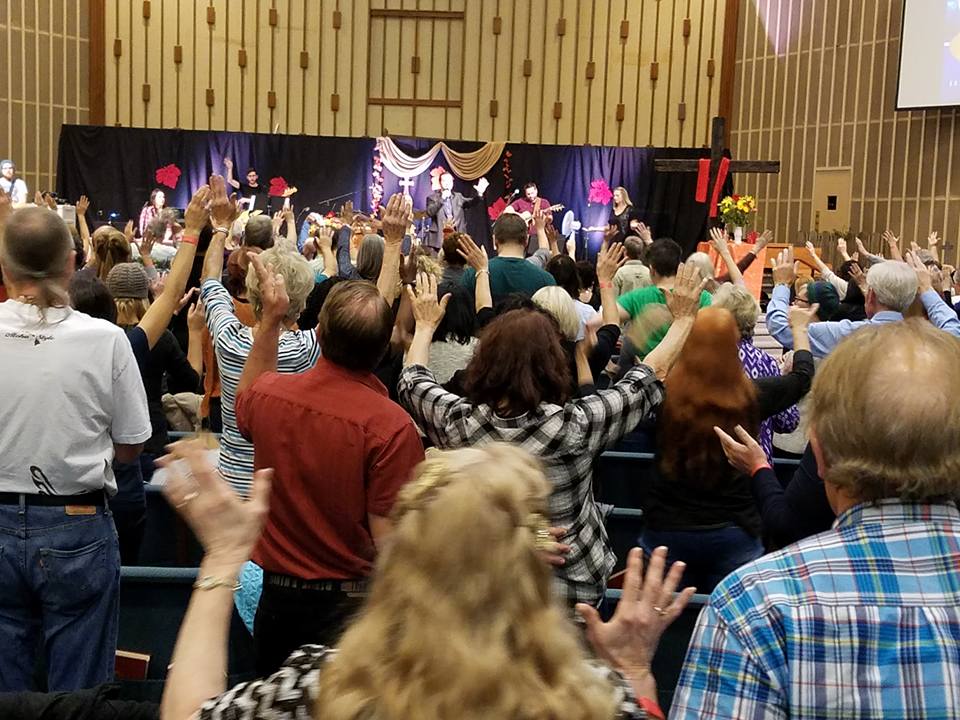 Betty Denny, Portland, OR – Several hundred people from Oregon, Washington, Idaho and beyond attended the Northwest Prayer Summit from October 27 through October 29th at Central Bible Church in Portland. The featured speakers were Ivan Roman, James Goll, Rick Joyner and Lou Engle, along with a video message from Chuck Pierce. It was hosted and facilitated by Dr. Aaron Winter.

One major focus was to contend for breakthrough, awakening and a shift in Portland that would create a groundswell of revival over our regions. One session was corporate prayer led by many pastors and leaders focused on Kingdom centered apostolic and prophetic prayers.

We were also blessed and encouraged by the messages that each speaker shared with us. The momentum seemed to build as the presence of the Holy Spirit permeated the sanctuary during our worship times. It seemed to fill each heart with a fresh anointing, fire and unction to seek God in great expectation for a mighty outpouring of His Presence, power and reformation in the Northwest region that would sweep across our nation like a tsunami.

I felt that the worship reached a new level of heartfelt seeking God, that I had not experienced. There were very little time limits, we just let God come and have free reign in us. On the last night at 11pm we were still having a “fire tunnel” where you walk through two rows of people facing each other and praying for those walking through, with the line of people stretching all the way down the center aisle who waited patiently to experience a fresh touch from the Lord. It just seemed like no one cared to leave, even though we were an hour past the planned ending. We just wanted His awesome presence, and we were amazingly touched by Him.

Betty Denney is the Founding Director with I-5 Diamond Prayer Network based in Medford, OR.