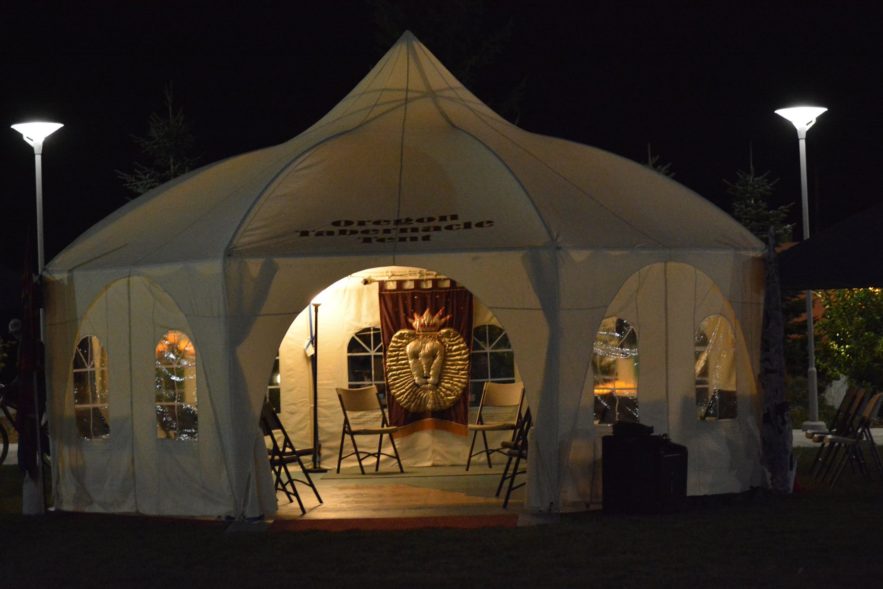 Kim Chandler – Medford, OR   The first, and the last sound released from the Medford Oregon Tabernacle Worship gathering, was, singularly, on the voices of God’s people.  The MOTT acapela hymns opened with Amazing Grace and concluded, after 39 hours of worship, at 10 am, Sunday morning, 9/4/2016, with a kind of perpetual canon of Hallelujah, being sung and wafting off into the atmosphere.

After 9 worshipers blasted their shofars: to gather God’s people, release the Father’s sound over themselves and Medford, and summon the angelic host, Jesus’ Medford City Bride marched around The Commons Medford Square and released the sound of their thanks, praise, and adoration (literally, “O Come let us adore Him, Christ, the Lord”, was sung) by singing acapela hymns, with overflowing hearts, to their God and King.  Truly, the crown rights of Jesus Christ were restored over our city – region.

Abraham Lincoln, in 1863, used these same words, at the close of his Gettysburg address.  Lincoln’s words could be said for MOTT, with adjustments, as noted in the parenthesis: “that this nation (City of Medford), under God, shall have a new (renewed) birth of freedom, and that (His) government (through the covenanting) of the people (with Him), (upheld by His grace) by the people, for the people shall not perish from the earth (this land, our City).”

The mission of MOTT, in the raising of the Oregon Tabernacle Tent, in the City of Medford, at the place of the City’s founding roots, is to restore the crown rights of the risen King-Messiah, Jesus Christ, Yeshua Ha Mashiach, and thereby bringing His love, His blessing, and His peace, over the City of Medford, through the assembling of the temple of God’s people, to witness and to worship Him, as His children, His City Bride, His kings and priests, as fellow citizens of God’s Kingdom, and members of His Household.