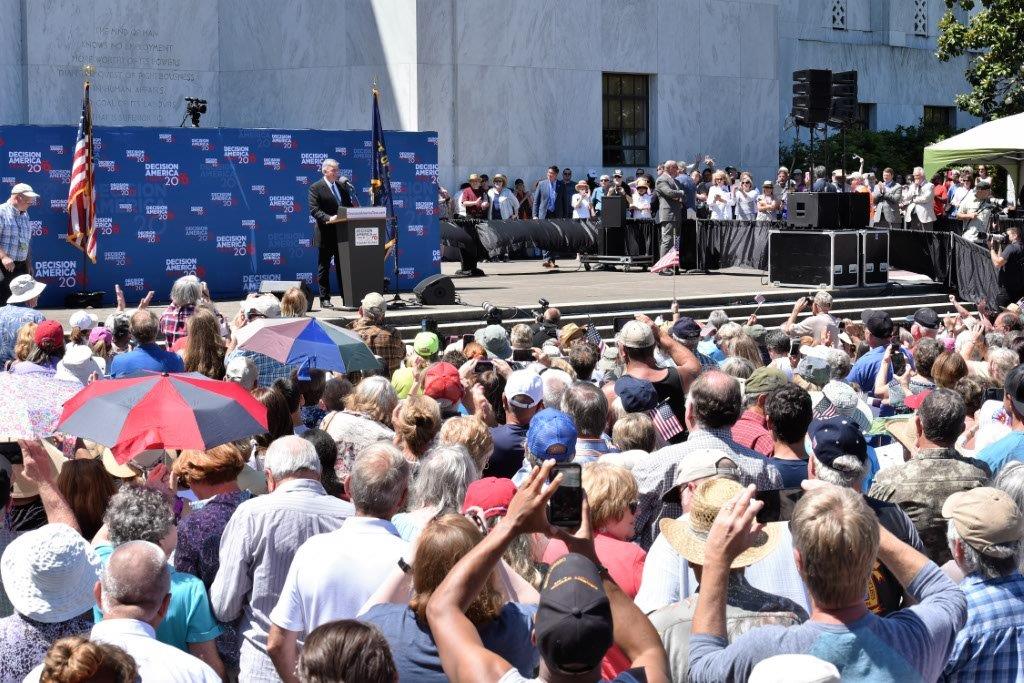 Lynn Ferder, Director of Roseburg House of Prayer and a Pray Oregon Team Leader shares, “Franklin Graham visited Salem Oregon on Tuesday, June 28th. Oregon was his 30th stop on the 50 state tour. The tour is to challenge believers across the nation to live out their faith at home and in public. And get out in November and vote! The Statesmen Journal, a newspaper in Salem, reported that more than 4,000 people attended this event at the state capital.

Franklin led the people in repentance prayer for the sins of the nation, for our own personal sins, for the sins of our fathers, and the Oregon government and political systems. His voice was clear and strong in its urgency to, pray, pray, pray! To commit to pray, and to get involved locally and vote.  We need to be the godly influence in our communities and cities. Franklin challenged us to remember Daniel in Scripture. Daniel was willing to step up and commit to all his convictions while also serving in political roles. He was able to be the godly influence in his time. Franklin also gave an invitation to those who do not know Jesus to repent of their sins and invite him into their heart. He made it clear that there is only way to God, not many ways, only one way, and His name is Jesus.”

The message Franklin gave was sober, urgent and clear. “Our nation is at a tipping point.” He urged the people to vote and to pledge to get involved. On his website you can read the pledge that he read to us, and sign it to make your statement that you will get involved in your community. You can read this at his website, www.decisionamericatour.com. Or text to 21777, then type in the word, “America”.